Anti-Racism in the Class Struggle 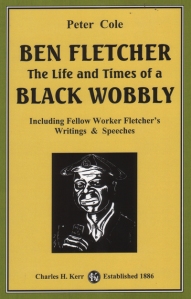 Ben Fletcher was a Black member of the Indusrial Workers of the World who led strikes at the ports in Pennsylvania in 1912, integrating and uniting Black and White workers against racism and exploitation. Threatenend by the government, he was arrested as a subversive in 1920 during the Palmer raids.

2 responses to “Anti-Racism in the Class Struggle”