To our fellow workers,

We understand that this Wednesday, December 5, you will be voting on a contract for your labor at the Port of Oakland. We do not know the details of this contract, and only you can decide if what they offer is worth your labor at this point in time. However, as people who have and will continue to fight alongside you, we would like to respectfully ask that you consider some points before you cast your ballot.

The entirety of this letter is to argue that you are in a position of great power in this situation that is unparalleled in recent history.

The strike action taken at the Port of Oakland on Tuesday, November 20 was powerful. The Port Commission was undoubtedly shaken by your willingness to withhold your labor, the fierce support of your coworkers on the ports, and the larger  community. The fact that they wanted to revisit negotiations after nearly a year shows that they do not want this type of tactic to continue or to escalate. This is still the most powerful weapon that an organized workforce has. We were glad to help organize and carry through two shut downs at the Port of Oakland last year.  This collaboration and solidarity is quite obviously a threat to those who profit from the work that we do.

END_OF_DOCUMENT_TOKEN_TO_BE_REPLACED 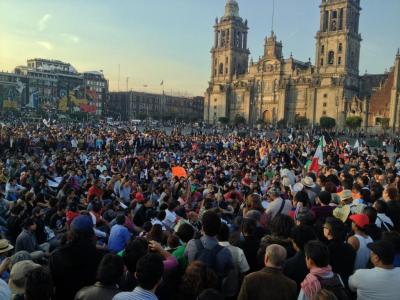 END_OF_DOCUMENT_TOKEN_TO_BE_REPLACED

By now, you’ve probably seen some of the pictures and videos posted showing the resistance of Mexican rebels against the imposition of the PRI’s presidential candidate Peña Nieto.

We’ve done a quick and rough translation of a statement put out by the Liga de Trabajadores por el Socialismo (LTS), a Trotskyist group in Mexico who do quality militant work intervening in social movements and participating in workers and student struggles.

We’ve posted work that they’ve engaged in before, specifically their work in the struggle against gender oppression through the organization Pan y Rosas.  We send out solidarity to all comrades struggling on the frontlines against the Mexican state and by extension against yankee imperialism!

Stop the incoming PRI government’s repression, co-signed by the PAN and the PRD

Immediate and Unconditional Release of All Political Prisoners Arrested on December 1st!

Today, thousands of young people, teachers and political and social organizations – such as the Peoples’ Front in Defense of the Earth took to the streets to express our repudiation of the inauguration and imposition of PRI presidential candidate Peña Nieto, who comes to the presidency amid a scandal of electoral fraud. Early on, the Federal Police attacked the protesters with rubber bullets, tear gas, water tanks, batons and shields, leaving more than a dozen seriously injured, particularly to comrades Juan Carlos Valdivia and Francisco Quinquedal, who are  hanging between life and death. We denounce the lie that the comrades were hospitalized due to injuries by firecrackers.  The truth is that the wounds were caused by rubber bullets shot at protestors by  the police and are the responsibility of the new incoming government, the fraudulent President and federal police.

After the repression in San Lazaro, protesters were violently suppressed near the Zocalo by Mexico City police who acted alongside undercover military personell, both of whom arbitrarily arrested more than 100 protesters, under the threat of Mexico City’s PRD chief of government, Marcelo Ebrard. They face charges with sentences ranging from 5-30 years.

The violent crackdown by the Presidential, Federal, and Mexico City police, shows that the “national pact” that the arriving parties in Congress:  they are trying to keep “order” over the youth and social movements to implement the miserable plans demanded by the employers and the government of the United States. This is the “democracy for the rich” that the imposition of the new president has promised and delivered.

As the League of Workers for Socialism, we vigorously repudiate the repression and demand the immediate and unconditional release of all detained comrades. In addition we call on working class organizations that claim independence from the political parties, the CNTE independent, EMS and UNT to launch a broad call for unity of human rights organizations, intellectuals, trade unions, political and social movements, indigenous and peasant organizations, in order to implement a major campaign to release the political prisoners and denounce the repression, to free our comrades from the hands of the state, with the cryl of an injury to one is an injury to all! It is essential that these measures prepare the conditions to launch a national strike for the release of the compañeros. At the same time, we hold the Federal and city government responsible for any attack that may occur to our comrades who are already mobilizing to support the political prisoners.

For a national mobilization against the reactionary agreement of Congressional parties! 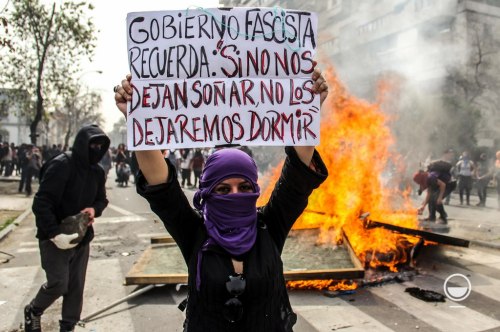