Who you calling an Outside Agitator: Rebellion in Brooklyn 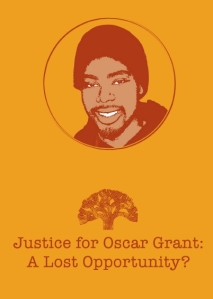 On March 14th, Brooklyn had a rebellion against the NYPD killing of 16 year old Kimani Gray.  He was shot in the back. The community of East Flatbush rose up and 46 people were arrested from the rebellion. As usual, the establishment is blaming the outside agitator for the rebellion. The usual forces who do this are politicians of color who have decade long roots in the established components of the “community,” accumulating political power to rise higher in the state power structure. These people are our political enemies for liberation.
In Oakland, the politicians of color, and the capitalist media, blamed outside white anarchist for the Oscar Grant rebellions. This was a joke. The anarchist could not pull off actions of such caliber. It was an organic rebellion made by largely the Black working class and dispossessed sections of society. It was youth of color who had enough.  What did not exist in Oakland during the Oscar Grant rebellions, nor in Brooklyn with the Kimani Gray rebellions, is an organization that speaks to, and coordinates these particular rebellions. These rebellions are not to turn into non profit permitted protest, nor ideological stages for demagogues, but fluid anti-permitted actions that are organized by Black and West indie youth.

As austerity is forced on us and the welfare state is eroded, the state has become almost a solely disciplinary force; one that’s focus is to terrorize and police the predominately black and brown  surplus populations of the city in order to ensure the smooth functioning necessary for capital accumulation.  With this in mind, struggles around police violence in communities of color will increase in number and importance.  We have written extensively about these experiences and the lessons we have drawn from them, and would encourage others to check it out.

Here is a 10 point program to propose to our NYC comrades for the development of such a movement. These are the crystallized lessons we learned from the Oscar Grant movement.
1) Coordinate unpermitted struggles in the streets in general terms. No permits.
2) In particular, have successful snake marches that can make quick turns at moments notice against the state.
3) Have a spatial analysis of your landscape in order to do this.
4) Have general assemblies in the street, to deepen the participatory character.
5) Play music in the streets that keeps the energy going.
6) Develop organic leaders through democratic means from these movements so its moves beyond the “tyranny of structurelessness .”
7) Link with Ghettos and Barrios across NYC and beyond.
8) Orient towards the unionized working class of color, who are sympathetic to this rebellion. As the majority of ILWU local 10, who is majority Black, was sympathetic to the Oscar Grant rebellion, they shut down the port on October 23rd, 2010.
9) Politically struggle against the politicians of color, clergy and NGOs who will seek to co-opt this struggle for their own political capital.
10) Publicly advocate a revolutionary organization in these high times of struggle, to explain to the masses in struggle why spontaneous struggle is not enough.
Hopefully, this movement in NYC, coupled with an increase of organized rebellion that maintains an anti-statist character, armed with a vision of a building a revolutionary working class movement, a new force for liberation can emerge in NYC.  With all that said, we would like to re-post Fire Next Time’s piece.

East Flatbush Rebellion, Not “Outside Agitators”

The following is a brief reportback from Will, a member of FNT who witnessed two of the last three nights of protests in East Flatbush following the police killing of 16-year old Kimani “Kiki” Gray. 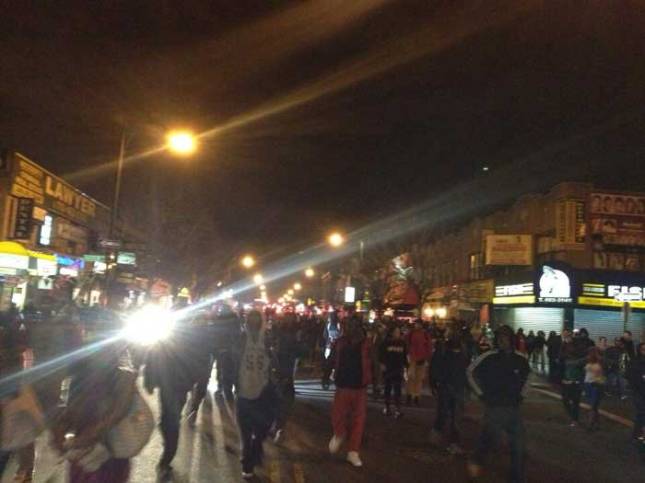 The “outside agitators” are back!

The legend of the outside agitator has returned. Clowns like city councilman Jumanee Williams and the leadership of Occupy the Hood are fueling the myth that last night’s rebellions was led / caused by white people or outside agitators.  I was there at last night’s rebellion, and let me tell you: there were fewer then 10 white people involved in a rebellion of hundreds of young Black militants.  Last night was led by young Black militants. Period.

For hours, Black politicians and activists–many of them veterans of, or influenced by, the 1968 generation–yelled and berated the young people to keep the “peace” and “respect.” The NYC Black establishment brought its best efforts to bear in hopes of keeping the affair civil.  Crowds of Black men and women listened for almost two hours.  They were told that the keepers of the peace felt their pain, that they understood. There was silence from the crowd of angry faces.  The tension could be felt. The crowd had selected no spokesperson to respond, and none emerged organically in the moment. Will one emerge tonight?

At some point at night, the Black militants decided to march. No white people told them to march. As the march moved through the streets of Flatbush, it was Black militants who picked up bricks, cinder blocks, and beer bottles and threw them at the police.  There were almost no white and Latino or African American faces involved in this.  It was largely a Jamaican and Afro-Caribbean rebellion. 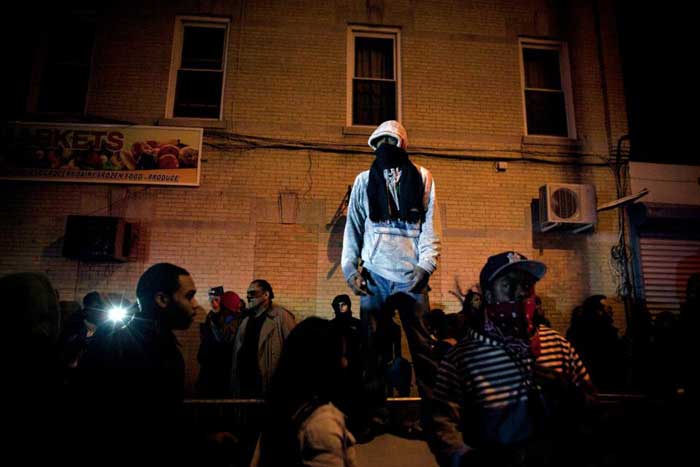 And perhaps that is the problem.  We need to flip the script of the outside agigator.   Are brothers and sisters from the Bronx outside agitators? The same people who are stopped and frisked in the Bronx become outside agitators to Jumanee Williams and his friends.   It is time for the rest of the NYC working class to jump in and get involved.  If the divisions of racialization are going to be broken down, white, Brown, and Black working class people must face the cops and go to jail together.  New solidarities must be built.  Now is the time for everyone who has felt the pain of the police to converge in Flatbush. Bring presents, bring your anger, and bring your running shoes.

The target has been the 67th Precinct all week, but we have not had enough forces to take it on.  All the crews across New York should converge in Flatbush and then march towards the 67th precinct. 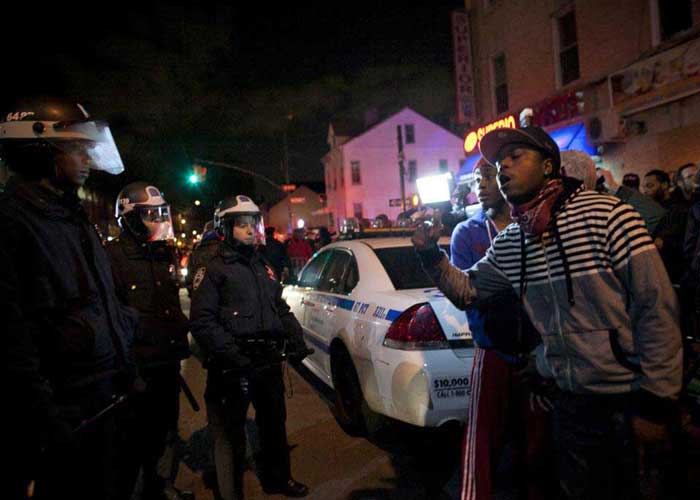 During Occupy, hundreds of people joined up with Occupy the Hood in hopes of building movement in working class black and brown neighborhoods. Now the opportunity is here. Will those who identify with these goals come down on the side of the people in the streets, or toe the line of the politicians? Only they can decide. 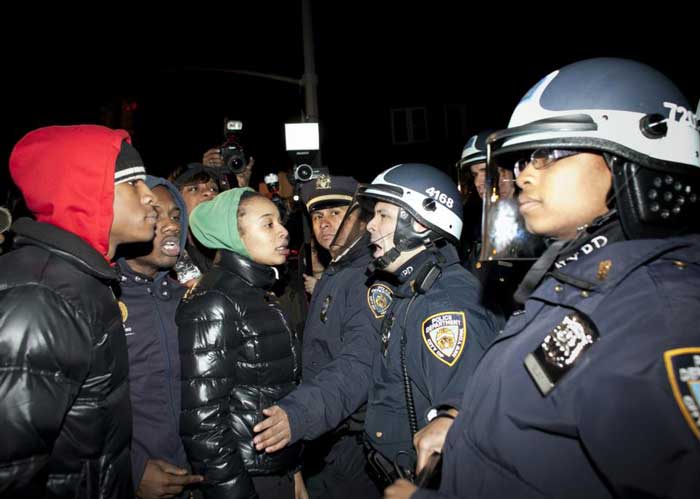 One response to “Who you calling an Outside Agitator: Rebellion in Brooklyn”