Solidarity with the CUNY struggle! 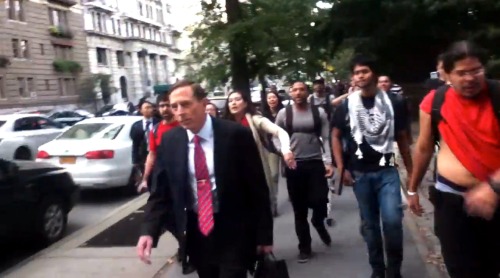 We in Advance the Struggle write to express solidarity with the Ad-Hoc Committee Against the Militarization of CUNY (City University of New York), including members of the CUNY 6, who were brutally assaulted and arrested for protesting CUNY’s hiring of war criminal David Petraeus, along with the Liberate CUNY Front and the students suspended for defending the Guillermo Morales/Assata Shakur student and community center.  These comrades have not only exposed and resisted the increasing militarization of educational institutions in New York, but across the US.  As we have seen here in California with the appointment of former director of deportation Janet Napolitano as President of the University of California system, and “anti-terrorism expert” Arthur Tyler as Chancellor of City College of San Francisco, this is a disturbing trend that must be stopped.

The repression faced by our friends and comrades in New York is the same type of repression faced here in California by university students up and down the West Coast.  From Davis to Irvine and back up to Berkeley, students have organized against imperialist occupations in solidarity with Palestinian people, fought deportations, mobilized against fee increases and budget cuts; only to face direct repression by the UCPD, as well as legal attacks by UC administrators for speaking out and taking direct action against the likes of Zionists and many other forces of U.S. imperialism that get co-signed by the University of California system.  All tactics used by the state and administration to silence resistance to these policies.

While ties between the imperialist war machine and American universities is nothing new, the ruling class’ ‘securitization’ of the university is a troubling shift in structure and function highlighting a changing terrain of struggle. ‘Securitization‘ in this sense means both the increased repressiveness of the university through its integration and collaboration with the capitalist state and the increased role of debt and financial markets in the life of the university. In the age of violent austerity that strips state universities of any public or democratic character; students are forced to take out higher loans to finance their education, which the university business managers then sell to Wall Street investors.

This shift in the role of university education highlights a changing terrain of struggle, making it important to defend and reclaim spaces where we can take a break from the grueling demands of competitive and isolating workloads, and as a place where we can form a community of resistance against the university system – which remains part and parcel of capitalist exploitation. 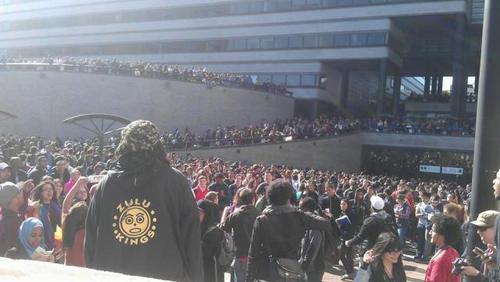 This resistance must continue and expand at sites of production, reproduction, circulation and in the streets to fight a system that glorifies and hires war criminals, torture apologists and deportation lackeys whose policies have killed, tortured, and destroyed millions of lives throughout the world; the same system forcing austerity cuts that destroy quality affordable public education and other social services for many working class and oppressed peoples.

Therefore, Advance the Struggle expresses full solidarity with our comrades in New York and around the world, who struggle against the advancement of US security and imperial military interests.

Drop all charges against the CUNY 6!

Drop the charges against Taffy and Khalil!

Petraeus and Napolitano off our campuses now!

Liberate CUNY and all campuses!

For united proletarian action against capitalism and imperialism!