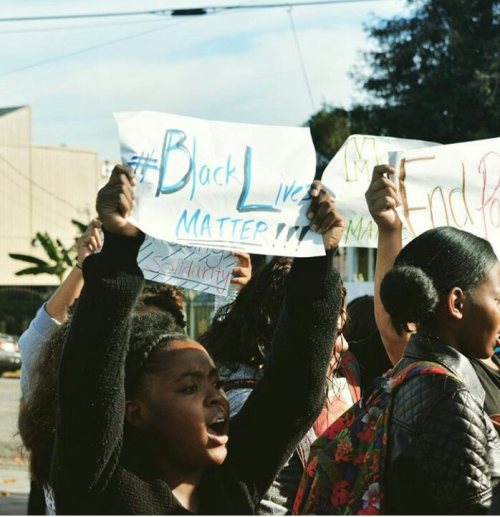 We continue to share reflections and analysis on the recent student protests in the Bay Area.

The #BlackLivesMatter movement and the movement against police violence has taken on new forms, and has now spread to schools as sites of potential power. Students have held large protests and shutdowns at Mizzou and Berkeley High that have garnered national media attention, but there have  also been smaller struggles that have gained less notoriety but are equally as important for militants to study.

These small movements show us new forms of organization that emerge in response to police murders, how students are coordinating these protests, how local histories influence the forms of struggle that take place, the role of Black leadership, how multi-racial solidarities emerge, how students are pushing the boundaries of what the #BlackLivesMatter movement means, and what the limitations may be.

Communist militants must grasp these events on their own terms in order to better understand how the student’s rebellious energy can deepen and spread to other sectors of the economy and to broader layers of the class.

One such event occurred last month, when students at Castlemont High School, in deep East Oakland, held protests and walkouts in response to the police murder of Richard Perkins, Jr. at a sideshow. In order to document the emergent student movement in the Bay Area, we have interviewed a number of students at Castlemont High and we provide our reflections below. Please read, critique and share!

END_OF_DOCUMENT_TOKEN_TO_BE_REPLACED 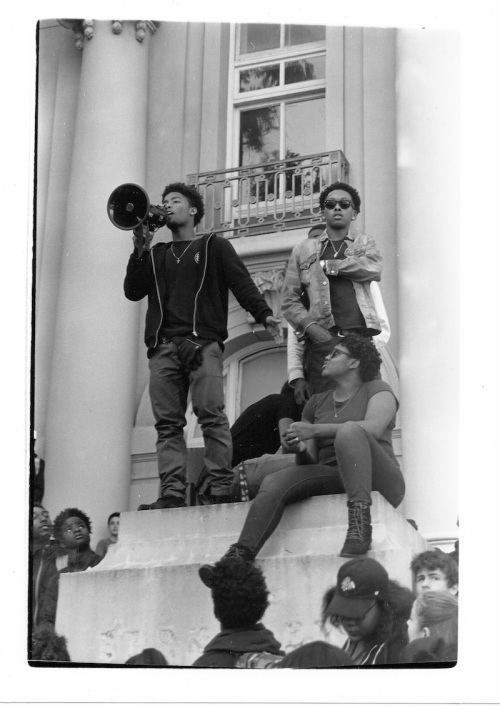 The recent wave of student revolt around the world has brought to light the power that students have to challenge oppressive racial and economic regimes.

In South Africa, university students held national mobilizations against tuition increases and for university workers’ rights. They were able to shut down the entire university system, and ultimately force the government to negotiate with them.

In the US, Black students at the University of Missouri have mobilized against violent, anti-Black threats on campus. These students organized with professors and football players to shutdown key parts of the university, and ultimately forced out the school chancellor and president.

Similarly, Black students at Berkeley High School organized a 2000 person walkout in protest of violent, anti-Black threats. This event made national headlines as another moment in the broader #BlackLivesMatter movement

These experiences raise vital lessons for militants to study and learn from. In this vein, we provide below a flier that we produced shortly after the walkout on it’s lessons and possibilities. Please check it out and let us know what you think!

END_OF_DOCUMENT_TOKEN_TO_BE_REPLACED

All of us have been paying close attention to development of black insurgency over the past few years.  The power of street protests, new black activist groups, and recent anti-racist demands at universities highlight the direction that the movement’s energy is going.  Further, the recent spread of pro black, anti-racist demands at numerous universities following the Mizzou protests  demonstrate one possible way in which the movement is cohering: through the development of common demands on college campuses.

The Berkeley High School walkout that went down last week shows us that high schools have tremendous potential in also becoming sites of anti-racist and black resistance.  In the spirit of exploring the dynamics of insurgent energy spilling over and taking new forms on high school and college campuses, we present to you some reflections on a high school walkout that happened a year ago in Oakland.
While this action is no longer in the recent memory of activists, the way in which students self-organized and developed a set of demands on their specific institution – the Oakland Unified School District – presents an interesting moment that preceded this recent uprising on campuses.  We hope that it can contribute to the ongoing discussions on strategy that we’re all taking part in.
November and December of 2014 in Oakland 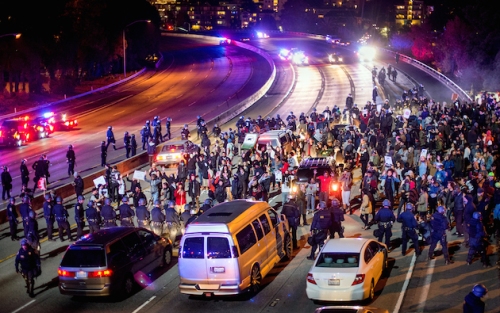 Protesters block Interstate 580 in Oakland, Calif., on Monday, Nov. 24, 2014, after the announcement of the grand jury decision not to indict Ferguson police officer Darren Wilson in the fatal shooting of Michael Brown, an unarmed 18-year-old. (AP Photo/Noah Berger)

Oakland was an exciting place to be, again, during the hot winter weeks of late November and early December 2014.  Protests raged nightly, and so many of us found ourselves marching together through the streets, evading cops, and blocking freeways and BART stations wherever was possible.  Walking down Broadway, turning right on 7th street and heading toward the West Oakland BART station.  Stopping midway and having debates about which direction to go – toward 980?  Back toward the 880?  Piedmont?  The chaotic discussions we had brought that familiar feeling of ungovernability back to our lives.  Our militant and disorderly activities were creative and generative to the extent that we got practice in challenging the infrastructure of Bay Area capitalism, attempting to block flows of traffic in ways that at least felt like we were disrupting flows of capital.  Celebrating militancy is important, but perhaps more important is pointing out some of the limitations of our courageous actions.

There are three key limits that we want to highlight here.

END_OF_DOCUMENT_TOKEN_TO_BE_REPLACED

How do Movements become Revolutionary flyer 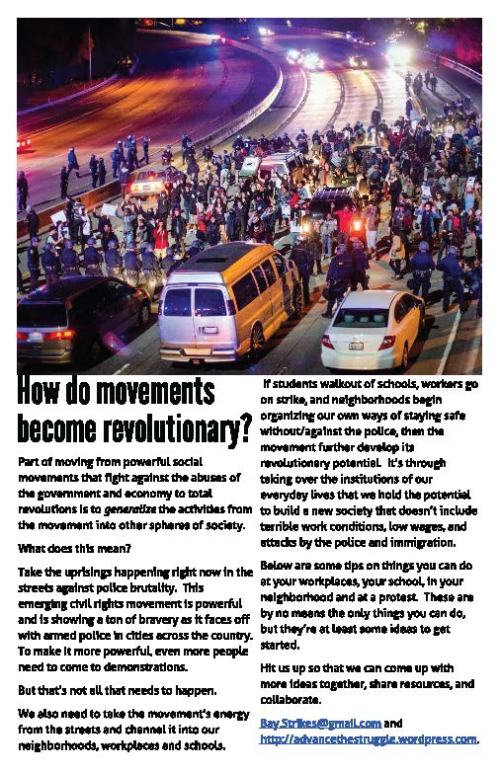 How to get involved flyer

Here is a flyer that we have been using in the Bay Area that seeks to continue and center the conversation of these protest around: How do movements become revolutionary? It seeks to provide some tips and ideas of how the community can get involved and how to ‘generalize the activities from the movement into other spheres of society’.

Hit us up so we can come up with more ideas together, share resources, and collaborate!