Click here to download a 0.5MB PDF of the original article from the February 1970 issue of Radical America magazine

There has been a failure in both the women’s movement and the labor movement to provide a holistic revolutionary perspective on women’s oppression and liberation in this country. The largely white, middle class, mainstream women’s movement has neglected working class women and women of color and the particular ways race and gender impact their class position within the division of labor. A huge basis for contemporary black feminism was this lack of race and class analysis by the feminist movement. Groundbreaking pieces, such as Michele Wallace’s Black Macho and the Myth of the Superwoman and the Combahee River Collectives Black Feminist Statement provided an analysis of race, gender and class that was missing from both the women’s movement and the civil rights and black power movements.

The labor movement, which did have women workers in it, also failed in its analysis and demands to recognize the particular way women were exploited as women workers. Often their experiences as female proletarians were neglected through sexism and class reductionism.  Issues that women faced, such as sexual harassment, unequal pay, and job security, were ignored by union bureaucrats, organizers, and fellow male rank and file workers. When women’s involvement in labor struggles is discussed in history it is usually when they are playing supportive roles as housewives, and organizing in housewife committees and women auxiliaries. This work is important and should be historically recorded and analyzed, but this work often still reflects a gendered division of labor. Women’s role in class struggle is shown to be supporting the male proletariat by doing the necessary reproductive labor to sustain strikes. A historical account of women organizing as women workers is harder to come across, even though women have always been a part of the proletariat, and have engaged in militant class struggle. 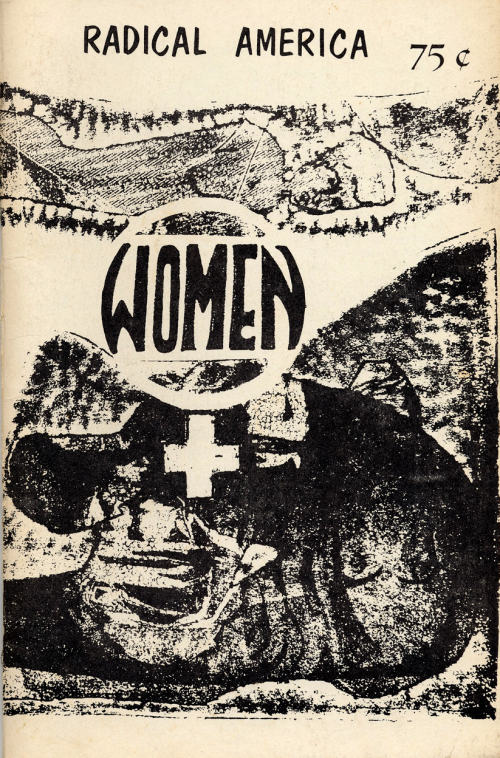 Below is a very important historical account of women’s liberation struggles that focuses on two bay area women organizations from the 1970’s. One is a caucus of women paper workers in a rebel union called Women Inc., which formed as a response to the union’s refusal to address the women workers’ demands and grievances; the other, Women’s Liberation evolved out of the student and racial movements as a response to the male-dominated leadership. Although both organizations came out of different demographics, Women Inc. a working class group and Women’s Liberation a middle class student group, both organizations formed on the basis of sexual identity to organize against sexism, oppression, exploitation and discrimination that permeated the labor struggles and social movements. A close study of both of these organizations will be helpful in our own analysis of the particularities of women’s oppression under global capital, and will help us as we wage revolutionary struggle for women’s liberation, and that of all oppressed people!

Over the last few years and until recently unknown to each other, there have arisen in the Bay Area two groups of women whose goals are the end of discrimination, exploitation and oppression of women.  One is a general, the other a specific social movement. One has evolved out of the middle-class radicalizing student milieu, the other out of a rebel trade union. They have their inception in a widespread condition of unrest reflecting the cultural drift of women’s emancipation, dissatisfaction with things as they are and hopes for a new scheme or system of living. Having adopted values of equality and self-determination, women have formed new conceptions of themselves which are incongruent with the positions they occupy, their inferior social status relative to men. Some aspects of the movement strongly resemble those of nationalism. ‘Those who initiate the movement usually have had distressing personal experiences in which they have been made to feel inferior and as not privileged enough to enjoy a respectable status. Their wounded self-feelings and their desire to re-establish self-respect lead them to efforts to improve the status of the group with which they are identified.’ (1) I believe that these two groups have a far-reaching significance; that one represents the form, the other the essence of what will be a fundamental part of the socialist revolution and must be understood as such. I believe that the exploitation of women in the production and reproduction of life is a basic cause, the essence, of discrimination which in turn is a form of psychological oppression. END_OF_DOCUMENT_TOKEN_TO_BE_REPLACED