A while back a comrade of ours posted a serious response to a controversial (or at least controversially-titled) piece we put out last year: Power to the Jews and Therefore to the Class.  We’re just catching on to it (trippin!) and appreciate the thoughtful engagement.  Here’s a sample of the more combative section:

There are genuine problems with the AS post and the following comments (presumably by AS members or supporters) which are largely contained in the lack of a historical perspective that prevents them from seeing the specificity of Zionism and the centrality of Palestine in its overthrow.  Insofar as this historicity is concerned, I tend to agree with the ISO save for their “one state solution” prescription which I would counter with not a state but a “single democratic polity.”  This is of secondary importance here.

Check out the rest of their blog post :slash: slogan, “MAKE THE GENERAL STRIKE IN ISRAEL AN INTIFADA!”  We’ll be engaging the post over there, so if you’re interested link on.

“That’s Why I’m a Communist” – Trade Unions, Social Struggle and the State in South Africa

The recent armed conflicts between miners and police in South Africa are part of a long legacy of class struggle against the capitalist state.  Recently we in AS along with our comrades in La Pena 2nd Gen organized a forum to tap some of our comrades’ knowledge on the incredible history of South African working-class resistance, both against apartheid and against the neoliberal African National Congress.

The first presentation “The Birth of the Modern Trade Union Movement in South Africa”, by former Black Panther Gerald Smith, is a very useful initial overview of South African history from a class struggle perspective; it’s also a more specific history and analysis of Black labor militancy in the 1980s under apartheid.  Learn something from his dynamic speaking style!

The second presentation, “Social Struggles and the Capitalist State in South Africa since 1994”, by UC Berkeley PHD student Zachary Levenson, focuses on post-apartheid history.  Levenson recently returned from 6 months in South Africa and describes the terrain of struggle and nature of the capitalist state after apartheid.

Check it out and tell us what you think!

Power to the Jews and Therefore the Class!

One important component in the radical Left’s impulse for solidarity with oppressed people across the whole world is a condemnation of Israel’s relationship with Palestine, which is considered racist, colonial, fascist – a settler state par excellence. In our critique of Israel, we forget that nations are composed of antagonistic classes, and that the dialectic of class struggle in Israel-Palestine is not exclusively an anti-colonial one. The duty of a conscious Israeli to the world proletarian struggle for liberation does not lie in a self-sacrificing or suicidal “traitor-ism” wherein good Jews give themselves over to the Palestinian cause as a servant to it.

Israeli Jews have battles to fight of their own, bones to pick with other Israeli Jews, those who are their class enemies. Leftists in general, and Marxists especially, could consider the Jewish working class their sibling for once, rather than limiting our orientation to the contemporary Jewish question to the colonial aspect of the Jewish state. None of this is to say that we should stop criticizing and organizing against Israel’s apartheid regime. But we could and should consider a strategic re-orientation toward support for the working class Israeli, urging its alignment with its Arab counterpart, and forging a common interest between the two against racism, apartheid, colonialism, imperialism, capitalism.
This 7 part series serves as an accessible tutorial on the economics of Israeli Occupation:
These stories highlight some of the class contradictions between Israeli workers and capital, and the  action that Israelis are taking against “their own” government. 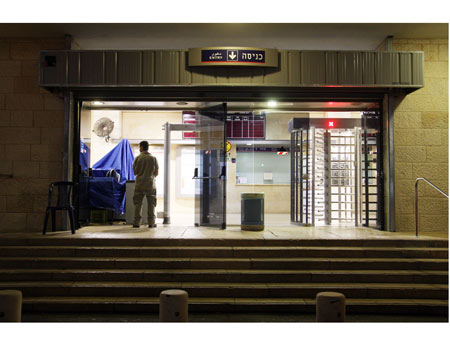 On Tuesday hundreds of doctors in training (medical residents) walked out in response to a draft agreement with the Israeli Finance Ministry.  The strike has been happening since April, and a hunger strike is growing.

200 Years of Imperialism in 4 Minutes

CAPITALIST uneven development – imperialism – speaks for its racist self.

… a large proportion of the so-called underdeveloped countries are in total stagnation, and… in some of them the rate of economic growth is lower than that of the population increase.

These characteristics are not fortuitous; they correspond strictly to the nature of the capitalist system in full expansion, which transfers to the dependent countries the most abusive and barefaced forms of exploitation. It must be clearly understood that the only way to solve the questions now besetting mankind is to eliminate completely the exploitation of dependent countries by developed capitalist countries, with all the consequences that this implies.

Native Blood: The Myth of Thanksgiving 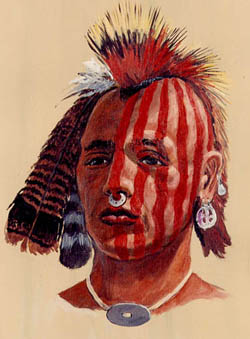 One of the obligations of organizers, revolutionaries, activists, militants is to try the best we can to bring our politics into our everyday relationships. Easier said than done, right?

The holiday season in the US is ideologically potent; a lot of the hopes, communal spirit, self-organization, culture of working class spaces centers on the holidays with the (often extended) family. For those of us that maintain connections with the families we grew up in, these spaces are often filled with highly polarized political debates where little content gets through. For those of us (many of us queer) that have been cut off, or cut ourselves off from these spaces, the holiday spirit can feel particularly hollow.

We need a little dose of realness to point out the contradictions between the communal values of the mythical Thanksgiving table and the harsh reality of the actual US capitalism, both today’s form as well as the kind that brought death off of the Mayflower in 1620. Thanks to Mike Ely at Kasama for writing this much needed history of how so many of us ended up here, thanking a benevolent white God for the richness of a land without a people.

In mid-winter 1620 the English ship Mayflower landed on the North American coast, delivering 102 exiles. The original Native people of this stretch of shoreline had already been killed off. In 1614 a British expedition had landed there. When they left they took 24 Indians as slaves and left smallpox behind. Three years of plague wiped out between 90 and 96 percent of the inhabitants of the coast, destroying most villages completely.

After the first colonies were established - The Pequod War

The Europeans landed and built their colony called “the Plymouth Plantation” near the deserted ruins of the Indian village of Pawtuxet. They ate from abandoned cornfields grown wild. Only one Pawtuxet named Squanto had survived–he had spent the last years as a slave to the English and Spanish in Europe. Squanto spoke the colonists’ language and taught them how to plant corn and how to catch fish until the first harvest. Squanto also helped the colonists negotiate a peace treaty with the nearby Wampanoag tribe, led by the chief Massasoit. END_OF_DOCUMENT_TOKEN_TO_BE_REPLACED

This was the subject of one of Advance the Struggle’s first posts, which was reported to be viewed by only one person. How is that possible? It demands a re-release! As a new working class struggle simmers under the surface, we should educate ourselves by learning our labor history and seeking out the best traditions and authors in that discipline. David Montgomery was a machinist before he was a professor. He wrote Workers Control in America about how the Taylorized method of production was more than just a method for economic efficiency; it was a mode of control and domination over the labor process which undercut workers’ power and autonomy at the point of production. 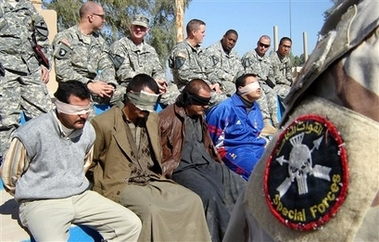 US Occupation forces in Iraq: Does organized US labor benefit from imperialism?

Most view the organized labor movement as being a static, conservative body that was often hierarchical and racist. Much of it was. David Montgomery investigates the opposition and internationalism that nonetheless persisted in the bodies of organized labor at the turn of the century, illuminating a powerful counter movement with internationalist principals. The American Federation of Labor from 1886 to 1955 and the AFL-CIO from 1955 to the present have worked and do work with the CIA and US foreign policy, from the pragmatic view that helping maintain the US’s share in the world will produce jobs for US workers. This essay shows on the one hand that the Pan-American Federation of Labor was more a product of diplomatic imperialist maneuvering than of class solidarity, and on the other, that there was still a militant internationalist movement that cross-fertilized in US, Mexico, Cuba , Hawaii and Puerto Rico. Specifically in Mexico, where major US investments shaped the economy, Montgomery states, “anarcho-syndicalists enjoyed strong support on both sides of the border, and the path to union growth was opened by revolution.” END_OF_DOCUMENT_TOKEN_TO_BE_REPLACED

Posted in History, US Labor