The mass strike…suddenly opens new and wide perspectives of the revolution when it appears to have already arrived in a narrow pass and where it is impossible for anyone to reckon upon it with any degree of certainty.

Occupy Oakland has reshaped politics not just for this city or the West Coast region where its impact has been greatest, but for the US as a whole and has given hope of revolution within the belly of the beast to millions of people around the world. Significantly, Occupy Oakland has injected a clear anti-capitalist current with the broader Occupy movement and has been able to implement an array of tactics to galvanize those politics. What are the lessons we draw from our young movement? The following is Advance the Struggle’s reflection on the movement. Comments, critiques, and discussion are welcome. 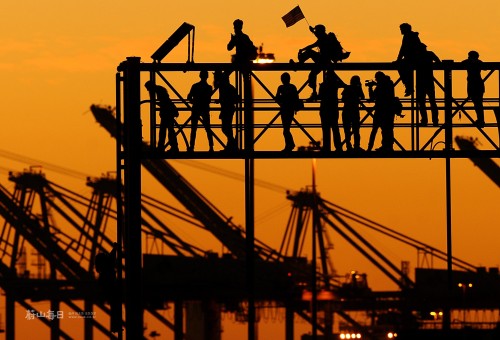 I.    Fight for Space Morphs into Battle for Class Power

I.    Fight for Space Morphs into Battle for Class Power

Revolutionaries around the world often ask why the people in the US don’t rise up against its government. With the rise of the Occupy movement, a global audience has been glued to the unfolding events surrounding this struggle, and tens of thousands within the US have participated in perhaps their first political protest. Like most movements, Occupy has its contradictions; in fact, its contradictions have largely been celebrated as diversity of political opinion. Working out the political contradictions through action, movement, struggle – in short, through practice – is the only way that masses educate themselves, becoming more clear in their critique of existing social relations and participate more fully in the implementation of strategies for change. Occupy has been a success just as much for the learning process it has unleashed as for the victories it has gained against “the 1%”. In what follows, we attempt an overview of developments at Occupy Oakland and refer to some debates within the movement. We aim to preserve the tone of unity and broad inclusion that has made Occupy so remarkable. What will be explored below is the relationship between Occupy Oakland’s class composition, the tools it uses to formulate strategy and the tactics implemented in practice.

The 2007-08 crisis has radically destroyed the public infrastructure of our society: schools, hospitals, public transportation, and parks have all been violently gutted. This is an expression of a much deeper crisis in capitalism that is pulling society into a downward spiral. The last 30 years we have seen an extremely rapid and unceasing technological revolution within commodity production, one that has devalorized labor-power so fast that the proletariat is being constantly expelled from the work process. As a class, the proletariat is thus unable to reproduce itself.